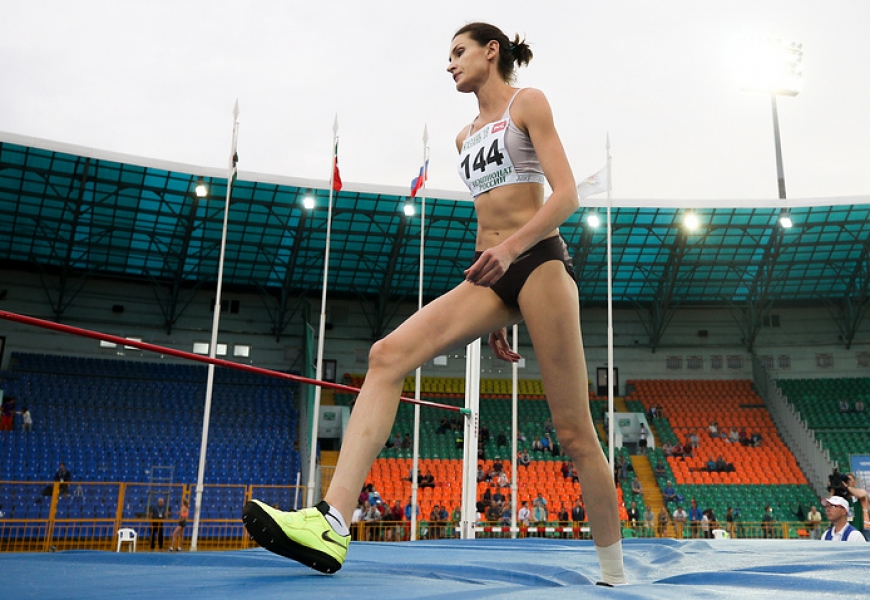 MOSCOW, July 23. /TASS/. Russia’s 2012 Olympic Champion in high jump Anna Chicherova has submitted an application with the International Association of Athletics Federations (IAAF) for a permission to take part in international tournaments under a neutral status, a spokesperson for Russia’s governing track and field athletics body told TASS on Monday.

Chicherova, 36, have already served her previously imposed two-year suspension and at the Russian athletics championship, which closed in Kazan on Sunday, finished second clearing the height of 1 meter 90 centimeters.

"We have sent today to the IAAF an application from Anna Chicherova requesting the right for her participation in international tournaments under the status of a neutral athlete," Natalia Yukhareva, a spokesperson for the All-Russia Athletics Federation (ARAF), told TASS.

Due to the ARAF’s currently suspended membership in the International Association of Athletics Federations, the global athletics body made a decision in late 2016 to allow Russian athletes, who meet IAAF’s requirements, to compete in international sports events under the neutral status.

The next major international track and field tournament will be the 2018 European Athletics Championship, which is scheduled to be held in the German capital of Berlin between August 7 and 12.

In 2015, the WADA Independent Commission carried out an investigation into the activities of the ARAF, the Moscow anti-doping laboratory, the RUSADA and the Russian Sports Ministry.

The commission accused certain athletes and sports officials of doping abuse and involvement in other activities related to violations of international regulations on performance enhancing substances.

The IAAF, however, permitted clean athletes from Russia to participate in the international tournaments under the neutral status until the membership of the ARAF was reinstated.