According to the world football’s governing body, all doping samples taken before and during the tournament yielded a negative result 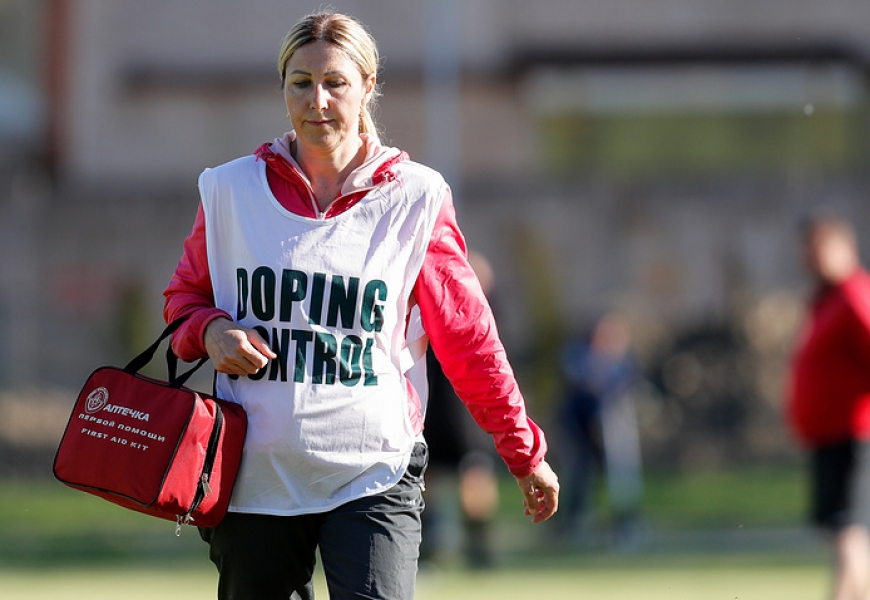 According to the world football’s governing body, all doping samples taken before and during the tournament yielded a negative result

MOSCOW, July 13. /TASS/. After the semifinals of the 2018 FIFA World Cup in Russia were over, FIFA officially declared the championship in Russia doping-free in a statement on Thursday.

According to the world football’s governing body, all doping samples taken before and during the tournament yielded a negative result.

Allegations of flawed national anti-doping system in Russia were widely circulated by its opponents before the start of the tournament. FIFA has repeatedly said that independent bodies will be involved in anti-doping measures during the event.

Since January 2018, a total of 2,037 tests, producing 3,985 samples, have been conducted by FIFA, national anti-doping agencies and confederations. A total of 2,761 samples were collected directly by FIFA in unannounced controls prior to the competition and 626 during it (including 108 collected on non-matchdays). One player was in possession of a therapeutic use exemption for the substance detected.

All samples collected were analyzed at WADA-accredited laboratories, with most of the analyses - particularly of all of the samples collected during the competition - carried out to the laboratory in Lausanne, Switzerland. To ensure a tamper-proof operation, FIFA transported all the samples in a secure box of a type that is normally used by banks to transport money, which can only be opened with an electronic key.

"The testing program in place this year was the largest ever conducted for a FIFA World Cup," FIFA said. "Once all of the qualified teams for the final competition were known, FIFA developed a test distribution plan (TDP) based on an analysis of doping risks for football. The TDP was shared and agreed with the World Anti-Doping Agency (WADA) and consisted of a dynamic, intelligence-based testing program."

The match for the third place will be played on Saturday, July 14, between England and Belgium.

‘We wanted to complete the whole journey, from the start to the end, and win gold medals at the global tournament," Belgian midfielder Youri Tielemans said. "Now we are to compete in the third place match, but this does not mean it would be a mere formality for us."

As the players kept preparing for the third place match against Belgium, FIFA said it had launched disciplinary proceedings over "possible discriminatory" chants by English fans.

"We can confirm that a report has been filed through the anti-discrimination monitoring system in relation to chants of a possible discriminatory nature by English fans at yesterday’s match," FIFA said. "Subsequently, disciplinary proceedings have been opened against the Football Association."

Meanwhile, details of the final match have become known. Argentinian referee Nestor Pitana, along with his assistants Hernan Maidana and Juan Pablo Belatti, will officiate the final of the 2018 FIFA World Cup Russia between France and Croatia on Sunday at the Luzhniki Stadium in Moscow.

It will be Pitana’s fifth match at the tournament. He took charge of the Russia-Saudi Arabia (the tournament’s opening game) and Mexico v Sweden in the group stages, the Round of 16 match between Croatia and Denmark, as well as the quarter-final between Uruguay and France.

The match for the third place will be refereed by Alireza Faghani of Iran, with the assistance of his compatriots Reza Sokhandan and Mohammadreza Mansouri.

Besides, it was also announced that 2014 FIFA World Cup winner Philipp Lahm, accompanied by Russian supermodel, activist, and philanthropist Natalia Vodianova, will carry onto the pitch the FIFA World Cup Original Trophy before the start of the final game.