Russia to celebrate Navy Day with parades and salutes

Festivities will be held in all naval bases, on fleets and flotillas 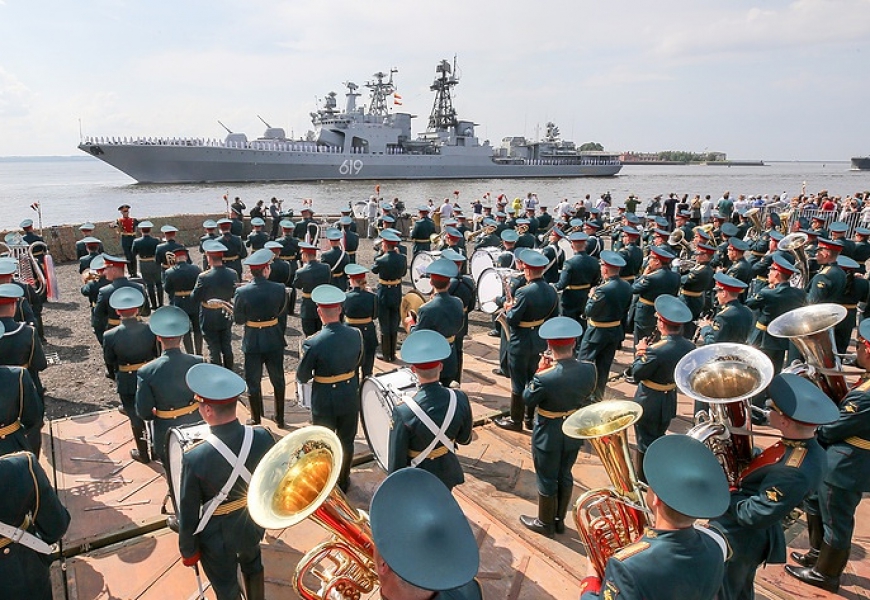 Festivities will be held in all naval bases, on fleets and flotillas

MOSCOW, July 29. /TASS/. Russia is celebrating the Navy Day on Sunday. It will be commemorated by naval parades at all fleets, including the main one in St. Petersburg and Kronshtadt.

The main parade will be staged on two water areas - on the Neva River, in the downtown of St. Petersburg, where it will be opened by Russian President Vladimir Putin. As soon as the parade of the Neva ends, its second part will start on the Kronshtadt roads in the Gulf of Finland.

"The Commander-in-Chief will review the Main Naval Parade that will be held on the water area of the Neva River. Over four thousand seamen of the Baltic, the Northern, the Black Sea Fleets and the Caspian Flotilla, more than forty ships and crafts of various classes, and a naval aviation group will take part in the review this year," press service of the Kremlin says.

Festivities will be held in all naval bases, on fleets and flotillas. The event will end with festive fireworks.