An official ball of the 2018 FIFA World Cup, called Telstar 18, was brought to the space station in March 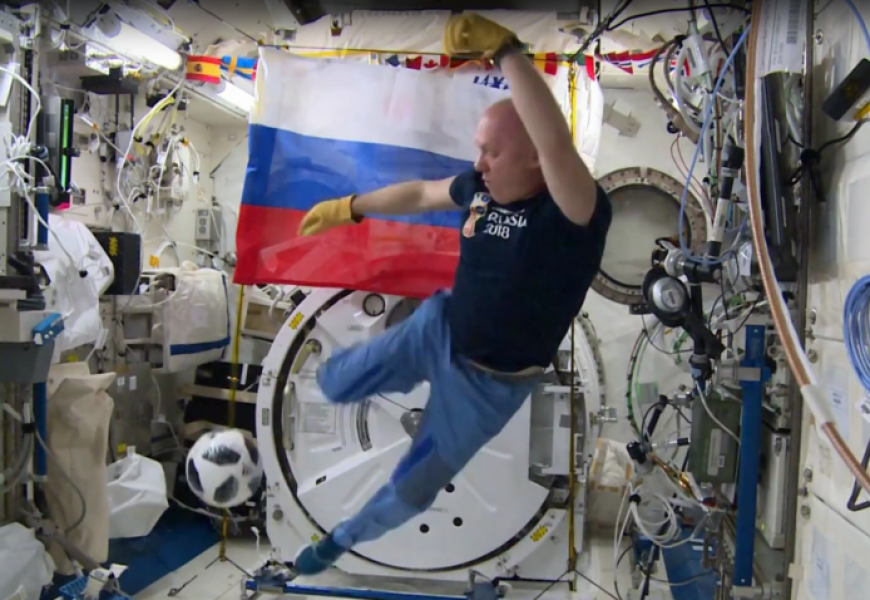 An official ball of the 2018 FIFA World Cup, called Telstar 18, was brought to the space station in March

MOSCOW, May 31. /TASS/. Russian cosmonauts Anton Shkaplerov and Oleg Artemyev played an improvised football match aboard the International Space Station (ISS) with a ball, which is planned to be used during the opening game of the 2018 FIFA World Cup in Moscow, Russia’s State Space Corporation Roscosmos announced on Thursday.

An official ball of the 2018 FIFA World Cup, called Telstar 18, was brought to the space station by Artemyev on March 24 on board the Soyuz MS-08 manned spacecraft, which blasted off from the Baikonur spaceport on March 21.

"Expedition 55 Commander Anton Shkaplerov and Flight Engineer Oleg Artemyev played football in the ISS," according to Roscosmos. "An official Telstar 18 ball was especially brought to the space station for this purpose and the ball planned to be returned to Earth together with the crew of the Soyuz MS-07 manned spacecraft on June 3."

The football match was held in zero-gravity conditions in the Japanese Kibo module of the space station, as both cosmonauts tried to score the ball using improvised targets, such as a square entrance to the US Harmony module.

Shkaplerov, Tingle and Kanai are planned to return to the Earth aboard the Soyuz MS-07 spacecraft on June 3.

The 2018 FIFA World Cup kicks off in two weeks with the opening match in the Russian capital of Moscow.

Russia selected 11 host cities to be the venues for the matches of the 2018 World Cup and they are Moscow, St. Petersburg, Sochi, Kazan, Saransk, Kaliningrad, Volgograd, Rostov-on-Don, Nizhny Novgorod, Yekaterinburg and Samara.

The matches of the 2018 World Cup will be held between June 14 and July 15 at 12 stadiums located in the 11 mentioned above cities across Russia. Two of the stadiums are located in the Russian capital.