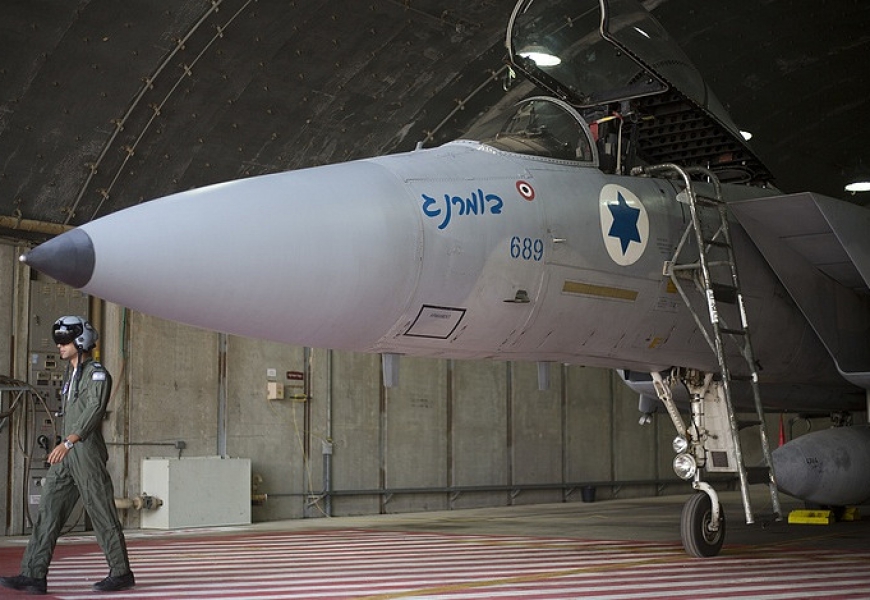 TEL AVIV, July 12. /TASS/. The Israel Defense Forces (IDF) have delivered strikes on three military targets in Syria in response to the infiltration of a Syrian drone into the Israeli territory, the IDF spokesperson twitted on Thursday.

"The IDF targeted three military posts in Syria in response to the infiltration of the Syrian UAV into Israel that was intercepted by the IDF earlier today [on Wednesday]," the tweet reads. "The IDF will continue to operate determinedly and decisively against any attempts to hurt Israeli civilians and breaches of Israeli sovereignty."

Earlier on Wednesday, Israel Defense Forces downed an unmanned aerial vehicle over the Israeli territory. Israeli military spokesman Lieutenant-Colonel Jonathan Conricus said that the Israeli Defense Forces had been monitoring the drone since it entered the demilitarized zone separating Syria and Israel on the Golan Heights. According to Conricus, the unmanned aerial vehicle (UAV) had flown approximately ten kilometers into Israel before being shot down by a Patriot missile in the south of the Sea of Galilee, in northern Israel. Previously, the drone had penetrated into Jordan’s airspace.

"The IDF holds the Syrian regime accountable for the actions carried out in its territory and warns it from further action against Israeli forces," the IDF spokesperson wrote. "The IDF is highly prepared for many different scenarios and will continue to act as necessary in order to ensure the safety of Israeli civilians".