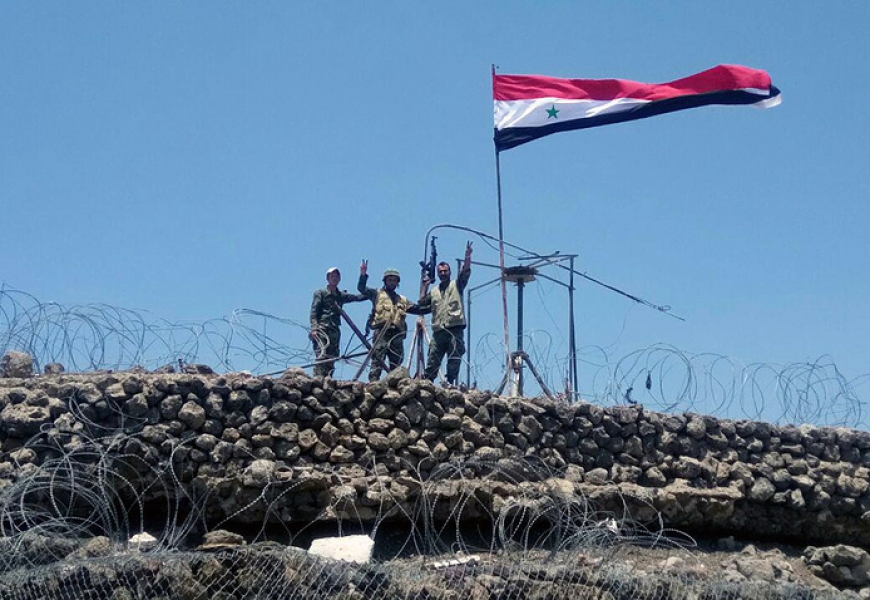 MOSCOW, July 18. /TASS/. The Syrian government troops gained control of 90% of the Daraa province in the country’s southwest as of July 16, Russian Foreign Ministry spokeswoman Maria Zakharova said on Wednesday.

"Amid the general tension, some new positive moments capture attention. They are mostly related to the successful operations of the Syrian government forces in the country’s southwest, which are consistently routing militants in the Daraa province," the spokeswoman said.

"There is a growing number of communities mopped up from terrorists and commanding heights that are surrendering without fighting. As of Monday, July 16, already 90% of the province’s territory was under the authorities’ control," the diplomat said.

According to the diplomat, "under the agreement reached on settling the situation in the province’s administrative center - the city of Daraa - over 400 militants and their family members were shipped off from there to the north of Syria three days ago."

The Russian diplomat also noted an improvement in the humanitarian situation in the province: "The crisis with the refugees along the border with Jordan has come to an end and actually all of them have returned to their homes."

In July 2017, Moscow, Washington and Amman agreed the creation of the de-escalation zone in southwest Syria that included the country’s three southernmost provinces: Daraa, Al-Quneitra and As-Suwayda. The situation there has grown tense in the past few months. As Russia’s Foreign Ministry pointed out, in the area of Daraa, there have been attempts by the Syrian opposition, and also by the Islamic State and Jabhat al-Nusra terrorist groupings (outlawed in Russia) to create an autonomous region in the south of Syria with the US assistance, which can split the country.