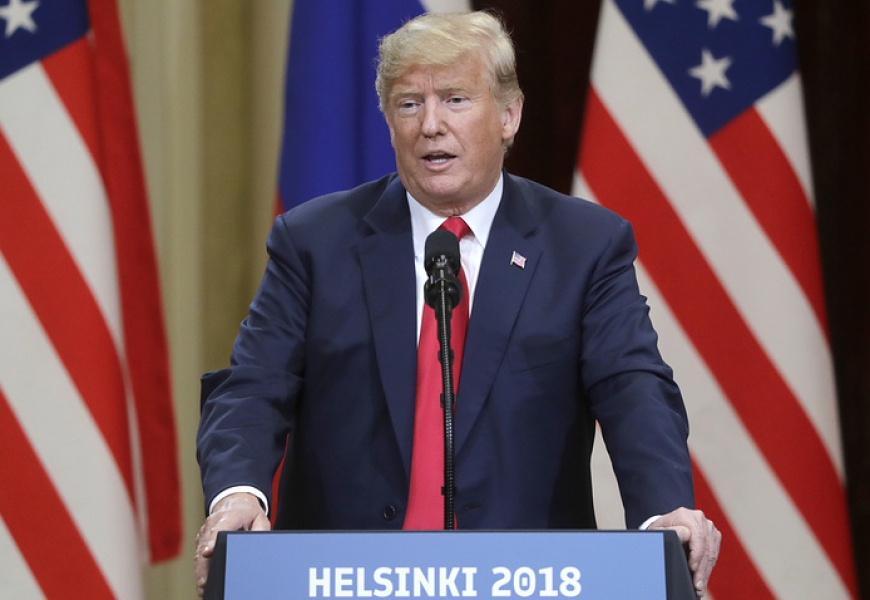 MOSCOW, July 18. /TASS/. US President Donald Trump expects "big results" from his Helsinki meeting with Russian leader Vladimir Putin, as he himself wrote on Twitter on Wednesday.
"While the NATO meeting in Brussels was an acknowledged triumph, with billions of dollars more being put up by member countries at a faster pace, the meeting with Russia may prove to be, in the long run, an even greater success. Many positive things will come out of that meeting," the US president said in another tweet.

Both presidents said after the Helsinki summit that a big step forward had been taken.