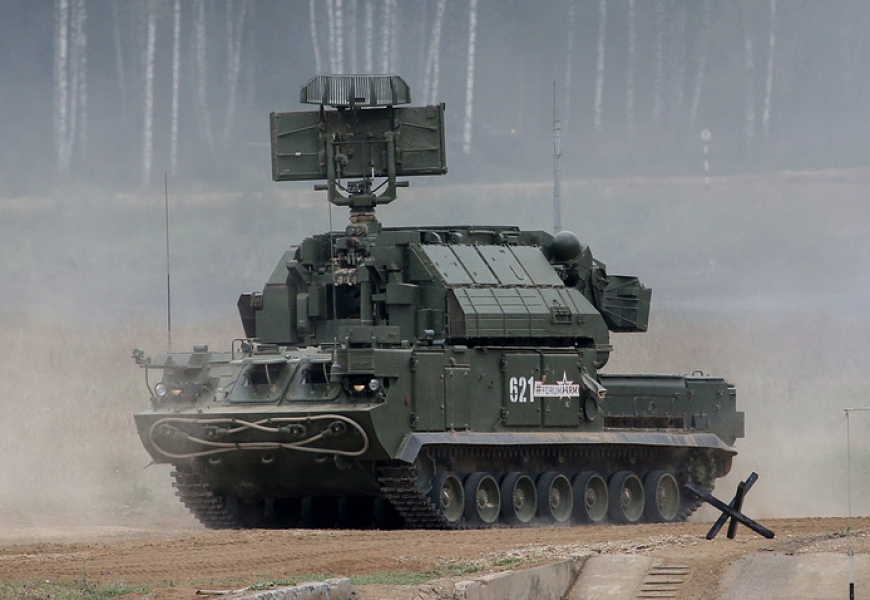 "The possibility of interfacing Tor-E2 with any of the existing air defense systems, including those based on NATO standards, will considerably expand its export potential. A battery of four combat vehicles will have an attached command center responsible for control and coordination of Tor combat vehicles and their interaction with the control system of the customer’s air defenses," Rosoboronexport said.

Tor-E2, developed and produced by the air and space defense corporation Almaz-Antey, has retained the best qualities possessed by the Tor family and has become a still more powerful weapon providing protection from any modern air attack means.

"It is not accidental that many foreign customers in different parts of the world have taken interest in it. Its unique combat capabilities and technical parameters are superior to those of a majority counterparts on the world market. In terms of mobility and endurance it has no equals," the company’s CEO Alexander Mikheyev said. "Rosoboronexport is prepared for considering requests for these systems from its partners."

Tor-E2 is capable of destroying planes, helicopters and cruise and anti-radar and other guided missiles. Also, it effectively eliminates the combat elements of smart weapons, such as glide and guided air bombs as well as drones. It operates amid intensive fire and radio-electronic countermeasures in any weather round the clock. Each combat vehicle is armed with 16 missiles, twice as many as the previous version of the Tor system.

"Rosoboronexport is prepared to present exhaustive information about the air defense system Tor-E2 at the forthcoming military-technological forum Army-2018. We hope to see foreign guests’ great attention to other new air defense products from Almaz-Antey, too," Mikheyev added.