French top diplomat reassures Russia that NATO not its enemy 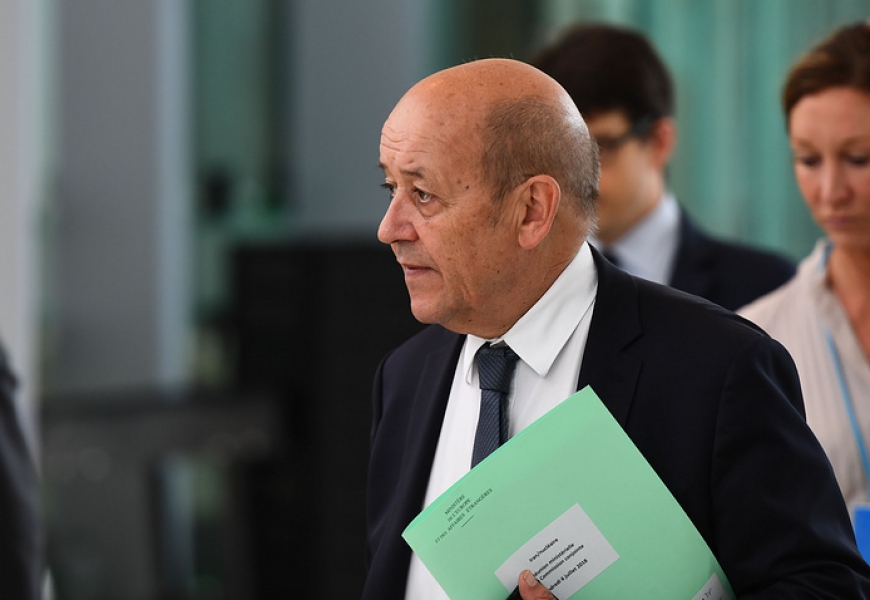 PARIS, July 13. /TASS/. NATO is not an enemy of Russia, and its members want to maintain dialogue with the Russian Federation, French Foreign Minister Jean Yves Le Drian informed on Friday, commenting on the outcomes of the NATO summit in Brussels.

"NATO is not an enemy of Russia, we need to maintain dialogue," the minister said during an interview with the BFM TV channel. "Although our views on several issues differ, the alliance maintains a firm dialogue with Russia," he added, mentioning the Crimea situation and the differences in the countries’ views on the control of chemical weapons use.

According to Le Drian, "the NATO summit has been successful." "The final declaration has been signed by all 29 members of the alliance, including the US," the French minister noted. He stated that NATO "has contributed to maintaining peace for almost 70 years." "During the summit, we agreed on our program for the next two years," Le Drian added.

He called the alliance "an instrument of collective defense" , which "protects the countries from numerous risks and threats." Le Drian reminded that "Article 5 of the North Atlantic Treaty on collective defense has only been used once in history, in order to support the United States, when they asked for it after the terrorist attacks on September 11, 2001, which allowed us to begin the operation in Afghanistan," the minister noted. "Yesterday, we reminded US President Donald Trump about that," Le Drian said.