Almost 900,000 refugees can return to Syria in coming months

Lebanon’s refugee centers have received around 10,000 applications from Syrian refugees 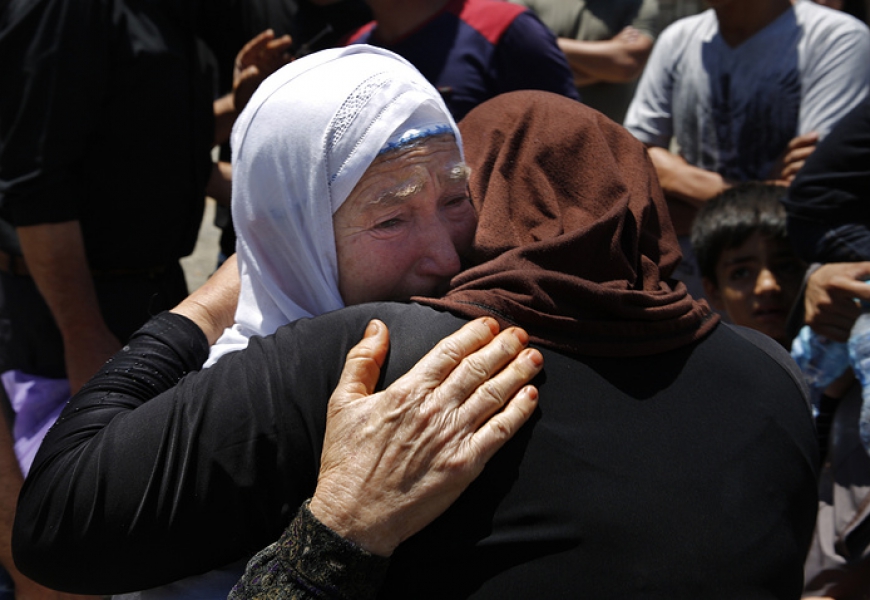 Lebanon’s refugee centers have received around 10,000 applications from Syrian refugees

"According to data provided by the United Nations Office for Coordination of Humanitarian Affairs, about 890,000 civilians are expected to return to Syria in the coming months," Mizintsev said at a meeting of the interdepartmental coordination headquarters supervising the return of refugees to Syria.

Mizintsev said Lebanon’s regional refugee centers have received around 10,000 applications from Syrian refugees willing to return to their home country.

"Lebanon’s government has established a working group to set up a joint committee on cooperation with Syria in matters concerning the return of refugees," he said. "Lebanese regional refugee centers have reported receiving about 10,000 applications from Syrian citizens willing to return to their home country," Mizintsev added.

According to the Russian general, the Jordanian authorities also continue active efforts to facilitate the return of refugees to Syria. "The government of the Hashemite Kingdom has taken a number of steps which have encouraged more than 200,000 Syrian citizens to express a wish to return to their places of permanent residence. All this is happening amid the Syrian army’s successes in regaining control of the country’s border with Jordan," Mizintsev said.

He pointed out that a total of ten crossing points have been set up and started operating in Syria.