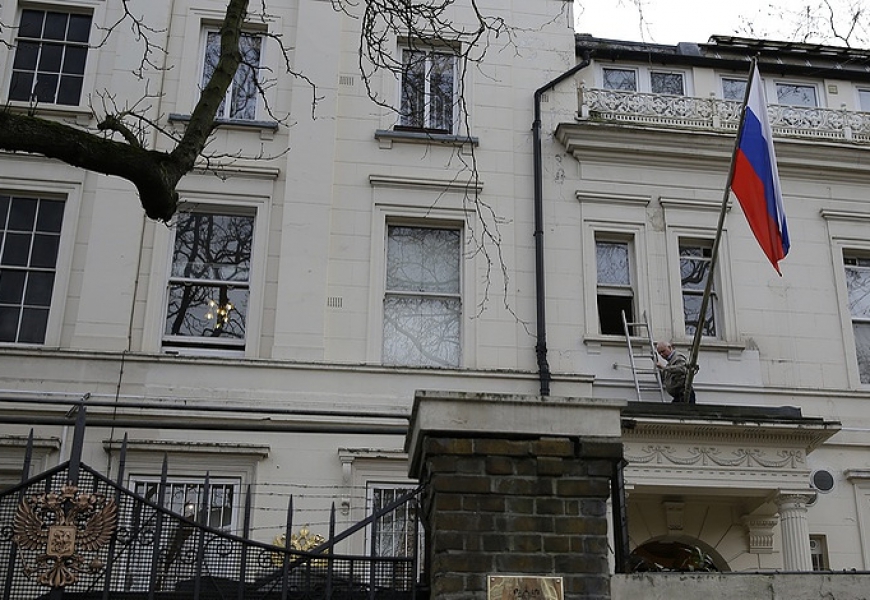 LONDON, August 1. /TASS/. The Russian embassy has questions about the hasty cremation of Dawn Sturgess, who, according to the British authorities, died after coming into contact with a nerve agent in the town of Amesbury, an embassy source told TASS.

According to the source, "the hasty cremation of Dawn Sturgess makes any further investigative activities impossible in case new circumstances become known that will require the retesting of evidence and double checking the primary information" about the woman’s death.

"It cannot but cause concern because the British authorities continue to pursue their course aimed at destroying all important physical evidence that they link to the poisoning of the Skripals in Salisbury," the diplomatic source added.

British poisonings
According to London, former Russian military intelligence (GRU) Colonel Sergei Skripal, who had been convicted in Russia of spying for Great Britain and later swapped for Russian intelligence officers, and his daughter Yulia suffered the effects of an alleged nerve agent in the British city of Salisbury on March 4. Claiming that the substance used in the attack had been a Novichok-class nerve agent developed in the Soviet Union, London rushed to accuse Russia of being involved in the incident. Moscow rejected all of the United Kingdom’s accusations. Chief Executive of the Defense Science and Technology Laboratory (DSTL) at Porton Down Gary Aitkenhead said later that British experts had been unable to identify the origin of the nerve agent used in the attack on the Skripals.

On June 30, 44-year-old Dawn Sturgess and 45-year-old Charles Rowley were hospitalized in critical condition in the British town of Amesbury. The Metropolitan Police went on to claim that the two had been exposed to Novichok, the same nerve agent that was allegedly used in the Skripal poisoning. After being mysteriously exposed to a nerve agent and falling into a coma, Sturgess died on July 8 and Rowley was discharged from the hospital on July 20. Sturgess was cremated on July 31.