Scientists use drones to count Pacific walruses on Chukotka 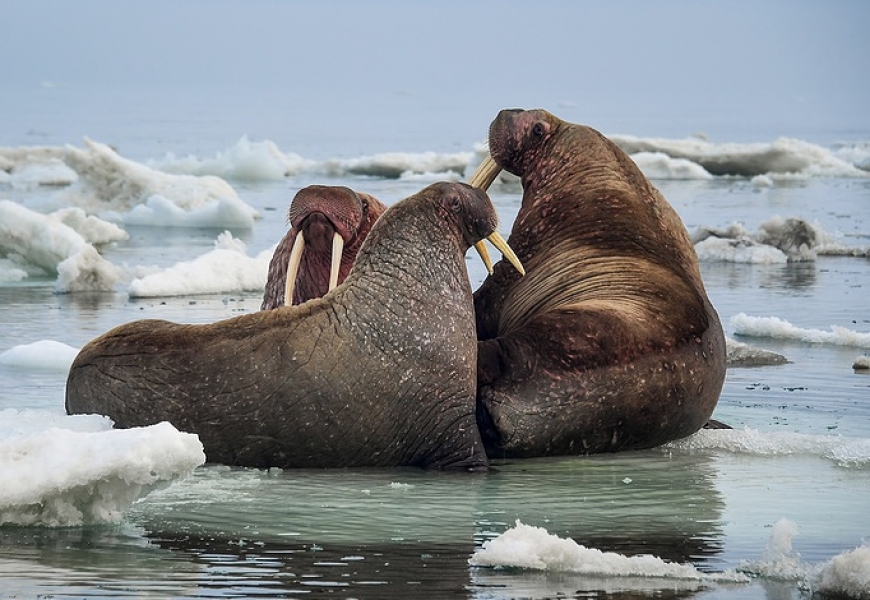 TASS, July 30. /TASS/. Scientists will use quadcopters for the first time to count Chukotka’s population of Pacific walruses, an author of the project Anatoly Kochnev told TASS on Monday.

"Jointly with a colleague, I shall make video, using drones, in two locations," he said. "One of them is the world’s biggest rookery of those animals on eastern Chukotka’s cape, and the second is the Koluchin Island."

"We shall make video from August to November," he added.

Formerly, scientists used only binoculars. Now, they will be able to compare the old and new data. Since polar bears often come to the Serdtse-Kamen Cape to hunt there, the scientists will also count those arctic predators.

As the scientists analyze the project’s results, they will give recommendations about using quadcopters in making video of animals. During the project, the specialists will learn how to make video without frightening the animals and how to keep them indifferent to the equipment. On the cape, the animals lay on ground, and on the Koluchin Island they hide under rocks.

The Pacific walruses were counted last time back in 2006. The population was reported at about 129,000.